Please join us on Thursday, June 4, as Sustain SoCal explores the impact by the COVID-19 pandemic and some surprising opportunities created during and beyond the crisis for raising and investing capital for early-stage companies in the cleantech and sustainability space.

Additional details and a registration link will be available shortly

About the Roundtable participants: 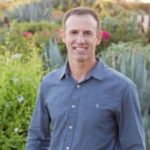 Climate change, food and water scarcity, wealth and income inequality are global problems that threaten our shared interests as a species. These threats have intensified in a shockingly short period of time, fueled by greed and short-term thinking. Keiki is an investing and entrepreneurship platform motivated by the idea that there is tremendous economic and social value in developing new technologies and business models that address these issues.

Vaughn focuses on the renewable energy industry for Blue Bear. He is specifically focused on themes and opportunities where policy and technology catalysts interconnect. Prior to Blue Bear, Vaughn managed a portfolio of emerging and esoteric hedge fund and venture capital fund strategies at a Southern California based Family Office. He is the founder and managing director of Autochrome Ventures, an early-stage venture firm investing in frontier technologies applied at industrial and enterprise scale. Examples of Autochrome’s investment philosophy include Emerge, PhaseFour, Standard Cyborg, and Tropic Biosciences. A strong proponent of diversity within the ranks of both high-growth technology companies and venture capital, he was one of the first limited partners in Backstage Capital and is a founding member of PledgeLA. He currently holds board positions at Emerge and Pactum Capital, and sits on the investment committee of Treehouse Macro Partners, a volatility-focused hedge fund. Vaughn received his Bachelor of Arts from Colorado College 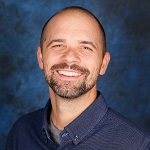 Cody is a Partner at Techstars – the worldwide network that helps entrepreneurs succeed – and works as steward of Techstars’ equity investments and venture capital funds for one of the most active early stage venture investors in the world. As of October 2018, Techstars is investing in 460 companies per year and the Techstars portfolio has gone on to raise nearly $6Bn in follow-on capital. Techstars Accelerator programs are the first investor in 5% of all Series A financings in the USA. Cody works at the board level with companies including Two Bit Circus, StatMuse, WELL Health, Tasso, WeBuyGold, and GameWisp. Previously, Cody was Executive Director at Techstars and head of Techstars accelerator investments and operations in North America, which roughly doubled in size to over 20 locations across the region and ~200 investments per year during his tenure. Cody joined Techstars in 2013 to launch and serve as Managing Director for the Disney Accelerator, powered by Techstars, co-investing in 20 startups alongside The Walt Disney Company in 2014 and 2015. Earlier in his career, Cody held roles including Chief Product Officer at StumbleUpon, Vice President of Product Management at Yahoo, and Product Manager at The New York Times, Sprint, and NBC Internet / Snap.com. Cody holds an M.A. in Transnational Communication and Global Media from Goldsmiths College, University of London, and is a Phi Beta Kappa and Summa Cum Laude graduate of the University of Kansas with a B.A. in History and East Asian Languages and Cultures with emphasis on Mandarin Chinese. 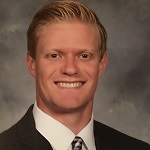 David McColl is an early-stage investor as well as the Head of Commercialization for Rho AI. He is also a technical advisor for the Southern California Energy Innovation Network. He has previously worked for global renewable energy companies and small cleantech startups. He holds an M.S. in Energy Engineering and a B.S. in Finance from Stanford University. 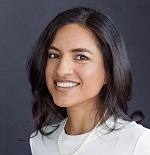 Carmen Palafox is a Partner at MiLA Capital, a seed-stage Venture Capital firm based in Los Angeles focused on funding “tech you can touch”. She was formerly Vice President at Dimensional Fund Advisors where she scaled operations into LATAM, Canada, and Europe going from $75 Billion AUM to $300 Billion AUM. Carmen was awarded the Rising Star Award from the Los Angeles Latino Chamber of Commerce. She was featured by LA Magazine as 1 of 13 of LA’s Powerful Women. In 2019, Carmen spoke on Bloomberg TVs Top Tech Trends to watch. Carmen is a leader in the innovation ecosystem and holds the following roles: Founding Board LatinxVC – • LA Steering Team of All Raise – Advisory board of Pledge LA – Governor Gavin Newsom’s Entrepreneurship Taskforce. Carmen holds a BA from the University of Southern California, an MA in Sports Management from the University of San Francisco, and an MBA from Berkeley-Haas.

Get notified of Sustain SoCal news, activities, and events.