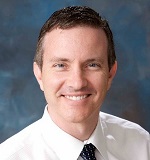 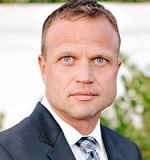 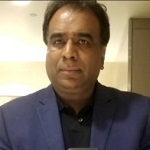 Please join us on Thursday, June 11, for an update regarding the Electric Vehicle (EV) infrastructure deployment efforts during the COVID-19 crisis and the strategy for post-COVID EV-charging infrastructure installations, operations and maintenance.

This teleconference will also provide a snapshot of Driving Mobility 7, now in its 7th year, an event focused on emerging trends, technologies and investments that are impacting the future of mobility and advanced transportation.

To participate in this week’s teleconference, you must be pre-registered. Each upcoming teleconference will require a separate registration. Registrants will receive the dial-in teleconference phone number and an access code the morning of the dial-in event. For questions or assistance in registering, please Email info@sustainsocal.org

Terry co-founded In-Charge Energy in 2019. It is the leader in electric charging infrastructure for truck and bus fleets in the United States, and the preferred infrastructure partner of Ryder Truck Rental, which serves over 65,000 customers in the U.S. Terry has served as advisor to Macquarie Capital, a division of the Australian multinational independent investment bank and financial services company that is the world’s largest infrastructure asset manager, with $495 billion in assets under management. Previously, Terry led North American strategy for innogy e-Mobility US, a division of the $40 billion per year German energy company. There, he participated in acquiring BTC Power, the leading U.S. electric vehicle fast charging hardware company and Plugshare, the customer-facing software application with over 700,000 regular users. Previously, Terry led Market Development and the Western United States for EVgo, the nation’s largest public fast charging company for electric vehicles (EVs), taking that company from its first public fast charging installation in 2011 to more than 1,000 chargers nationwide and overseeing an investment program of over $140 million. He led partnerships with major automakers, energy companies and state governments, including a $122.5 million agreement with the California Public Utilities Commission. Earlier in his career, Terry founded four companies with Edison International in energy, security services, and electric vehicle charging and the first car rental company in the United States to offer only electric vehicles the general public, serving fifteen airports in six states and more than 500,000 customers with over 850 cars. Terry also served as Executive Director of Environment Now foundation, a strategic, entrepreneurial, activist leader in California. The organization founded dozens of activist environmental organizations protecting air, land and water quality in California and Mexico. In 2007, Terry cofounded Move LA and developed LA County’s Measure R, which over 67% of voters approved in 2008 and is contributing over $40 billion to transit investment countywide. Terry currently serves as Mayor Pro Tem for the City of Santa Monica, where he was first elected in November 2010. The city of 95,000 residents has a daytime population of over 300,000, with 2,300 employees and a $700 million annual budget. Terry led a six-year process to update the City’s General Plan, which became the leading example of environmental land use planning in the state, reducing projected per capita greenhouse gas emissions from land use by 31 percent in 25 years. He led the city’s policy to transition away from imported water, relying instead on sustainable, local water supply and the conversion of over 200 transit buses from natural gas to electric. He has served in community leadership positions in California and Mexico; including Waterkeeper Alliance, Coro Southern California; The USC Center for Sustainable Cities, Environmental Entrepreneurs, Coalition for Clean Air, and the Metropolitan Water District. He has an MBA from The UCLA Anderson School of Management and BA with honors from Stanford University, with a behavioral economics thesis addressing national savings policy using lessons from energy conservation policies.

Brendan O’Donnell has been developing innovative electronic communication systems for over 20 years, working the last 12 years to grow the Electric Vehicle (EV) industry. As the Director for Southern California Sales at ChargePoint, he has sold thousands of independently owned & operated EV chargers throughout southern California operating on the world’s largest and most open network. Formerly a system architect in both the automotive and communications systems industry, he has brought two dozen products to market and holds over a dozen patents while working for companies such as Rockwell, Panasonic and Fisker Automotive. He has served on the Society of Automotive Engineers (SAE) committees for J1772™ and hybrid communication, and IEEE for EV Charging. He has spoken on EV charging and integrated systems to international (ISO/IEC) standards committees and is an expert on worldwide EV charging system deployment. His passion is in helping those who have bought an EV to drive worry free, which requires deploying chargers wherever they park or want to go. He holds a Bachelor of Science Degree in Electrical and Computer Engineering from Purdue University, a Master of Science in Electrical Engineering from USC, and an MBA from the Anderson School at UCLA.

Reddy Marri is the current President and Founder of EvGateway. EvGateway is an Electric Vehicle Infrastructure Solutions provider focused on helping to reduce global CO2 emissions by accelerating the adoption and use of Electric Vehicles in cities around the world. We work closely with vehicle manufacturers and dealers to ensure that when someone drives an electric vehicles off the lot, they have everything they need to get charged up. Our extensive experience in launching charging networks across the country along with years working with mobile apps payments, and security allowed us to present an easy to use and convenient product. Previously, Reddy Marri was the President and Chief Executive Officer of Axxera Inc. Marri was responsible for all business development, channel sales and operational aspects of the company, encompassing global sales and operations. Axxera is a Federal Contractor with customer base with Federal departments like DOD, DOS, DOJ etc. Prior to founding Axxera, Reddy was a founder, Chief Executive Officer and President of RECCOM since March of 1997 – a System Integration Company that grew a sales portfolio to several Millions of dollars / year. In this role, he was responsible for all financial matters, including partner relationships and sales. Reccom merged with Sitelite in May 2001. SiteLite is a leading Managed Service Provider, provided remote monitoring and management systems, and the corporate customers infrastructures for Fortune 1000 customers. As CEO Reddy was responsible for overall company global sales and operations. Sitelite had locations Globally and Sitelite sales grew to from 4 Million / year in 2001 to 36 Million / year in 2004. Sitelite was a Managed Service Provider and had over 20 Fortune 100 customers as their clients. Reddy brings to his position more than 18 years of technical and sales experience as a Chief Technologist, and a Director of IT in the service provider and technical products industry. Reddy received his Bachelors in Mechanical Engineering and Masters in Engineering Management from the New Jersey Institute of technology.

Webinar: Global Trends and Opportunities in Automotive Industry for the Next Decade